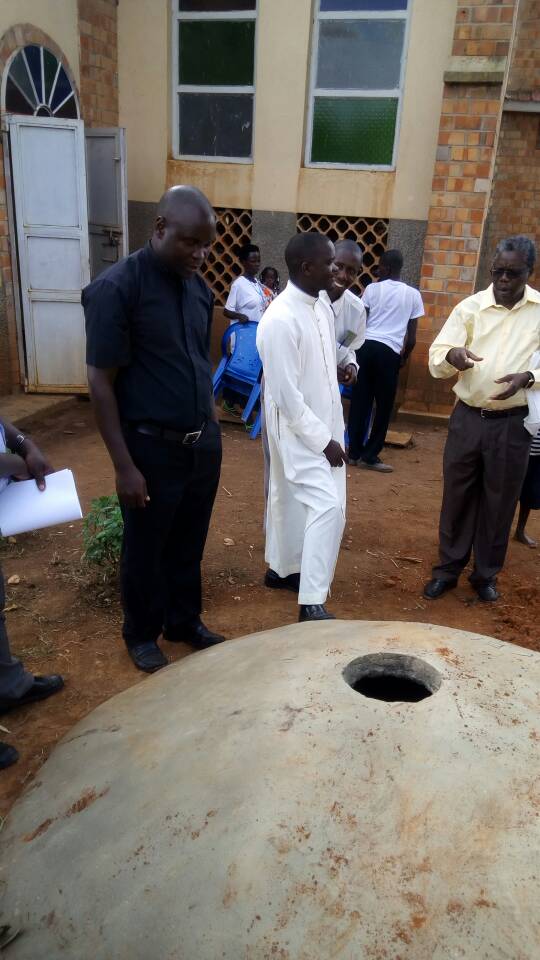 These are some of the water tanks which are under construction using the money we got through Father George. We thank you so much Father and the entire community of St. John Lalande. 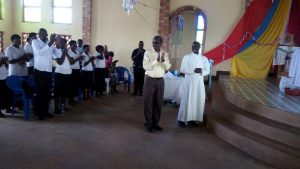 I am called Namuga Sylvia a student of Senior Four at St.Kirigwaijo Secondary School.

Piggery project is the project which involves the rearing of pigs.

I became a practioner of piggery project in 2013 when it was set up at our School St.Kirigwaijo S.S by Fr.Ssebaduka George William in conjunction with Fr.Kirigwaijo Anatoli with an aim of helping some of us poor students raise money for school fees.

Surely piggery project has contributed towards my success in terms of education where I am so far. I have acquired skills in rearing pigs for example feeding and vaccinating skills. This has also helped me to gain more knowledge about agriculture as a subject.

I have been able to set up my own piggery project at home. This helps me to get money and buy some school requirements for myself.

I have gained confidence since the project has been carried out in a high population of St.Kirigwaijo Secondary school where many fellow students and staff members come, look at the project, appreciate our efforts and also give some advice.

However we have met some challenges in running this project. For instance some pigs have got stunted in growth due to unbalanced diet given to them which has greatly reduced on their size. Attack by diseases such as swine fever that claims a number of pigs

Expensive drugs which at times are unaffordable thus leading to the death of some pigs.

Destruction of neighbours’ gardens as pigs sometimes move out of the pig Sty since the timber is eaten up by termites hence causing conflicts with the neighbors.

In conclusion, I thank God that I was selected to be among those to participate in this self help project that I hope will take us up to the end of our studies at the University.

I started the tree planting projects in February 2012. Bubango is a birth place for one of the Uganda Martyrs-St.Kirigwaijo Anatoli. He was martyred together with his Colleagues on the 3rd.June.1886.

The first priests to work at Bujuni Parish under which Bubango falls bought land totaling to 86 Acres in this “holy village.”  This was in the early 1940s. The purpose was to establish a Shrine there and other spiritual and developmental facilities in honour of the Martyr, but also most importantly gain control over the real site where the saint lived and grew. Some natural features which the saint used could easily be misused or even annihilated. Some of them include; a well where he used to fetch water from,the rocks where he used to dry his grains from and the trees which are believed to have been in his land.

However due to financial constraints nothing much had been done in this vast land by 2012.Being named after this saint, I felt that the debt to spearhead this dream of developing the saints home was automatically falling on me especially that now  for the time being I was appointed to work in this parish. But then I too did not have the money! So I mobilized the Christians to start coming every last Friday of the month and working. Christians responded positively. I could borrow tools from St.Kirigwaijo Secondary school, ferry them there on a Motorcyle,work with the Christians, after  work say mass for them, then ride my motorcycle with the tools back to the school which is 9 kilometers away and then back to Bujuni parish which is 2 extra kilometers away from the school. Using this schedule for the for the last close to 6 years now, we have been able to plant 6 acres.

Originally we started this forestry project with one purpose of generating income from selling timber and construct structures such as a shrine, schools etc well aware that Tree planting and dealing in timber is a lucrative business in Uganda.  With time however the project has provided other purposes such as improving the environment, beautifying the place and most interesting providing conducive shelter for the pilgrims who flock the place every year on the 17th of November to celebrate the day this saint was baptized. Some trees have been assigned a saint in memory of all the 22 Uganda martyrs. This has been done by hanging on them metallic slates with name of a saint inscribed. That of St.Kirigwajjo Anatoli is the biggest of all.

Once in a while during the sunny season, mass is celebrated in this forest and the experiences is really nourishing.

The cool shades, the insects singing, the scent of the flowers of some trees, the fresh air and the bliss generally are all always fascinating! One can not but feel that they are in sacred place suitable for prayer.

Nothing great goes without challenges. We too have experienced some challenges in this Endeavour.

-Hiring trucks to ferry these heavy seedlings costs us 150.000UGX every route. This is approximately equivalent to 43USD

-Monitoring/supervision costs specifically for me goes up to around 1000000(Approximately equivalent to 286USD) per year. This is because I stay 11 kilometers away from Bubango.

-Allowances to the local security men to guard against fires by malicious and unintended bush burning activists costs close to 6000000(Approximately equivalent to 171 USD) every dry season.

We are ready to partner with any Organization or individual that is interested in environmental and shrines development activities. 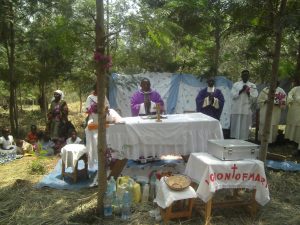 For the last 6 years, Fr. Anatoli Kirigwajjo has been trying to educate in Bubango Catholic Mission in Bujuni parish, Hoima Diocese in Uganda, of the importance of the environment. With contributions from Fr. George Ssebadduka, he has planted some 6 acres of Eucalyptus trees. 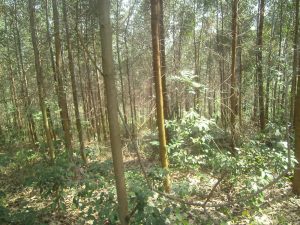 He is asking anyone who cares about the environment to come to our aid. Our goal is some 15 acres of trees in about 5 years. Most people in the area have no electricity and tree cutting for firewood has left the place with little forest cover. This has resulted in irregular rain fall and higher temperatures. Come and be our partner. 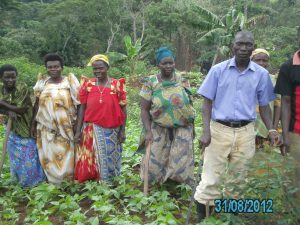 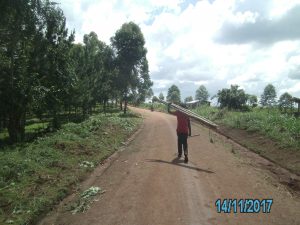 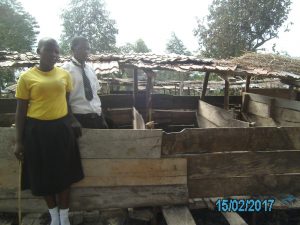 The Foundation has been contacted by Fr. Anatoli Kirigwajjo, administrator at the same school, asking for financial support for about 10 students, who are unable to afford tuition and lodging. He started a piglets’ project, with the help of Fr. George Ssebadduka, to help them earn some money, while taking care of the pigs. 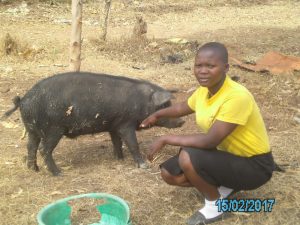 The project, however, is small and lacks the necessary infrastructure to support these students. Fr. Anatoli is willing to provide information on these students to whomever is interested in supporting us. For further information contact, Fr. George Ssebadduka at 805 NW RD MIZE Road, Blue Springs, MO or call him at 816-308-5699. 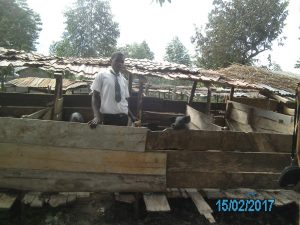 More than two thirds of the country’s poor people are small farmers. They are scattered all over the country. They make up approximately 80% of the population. Although efforts have been made to reduce rural poverty, urban areas have experienced a significantly greater reduction in poverty than the countryside. In the past decade, poverty has declined by a rate of 30% in urban areas but of only 10% in rural areas. … END_OF_DOCUMENT_TOKEN_TO_BE_REPLACED