The deacons and seminarians who will be ordained hail from various parishes in the diocese that covers Hoima, Masindi, Buliisa, Kibaale, Kakumiro, Kagadi and Kiryandongo districts. 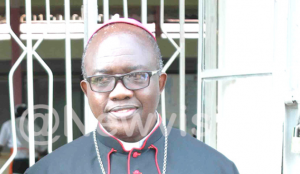 RELIGION- The Christians in Hoima diocese are gearing up for the ordination of priests and deacons.  A total of 14 deacons will be ordained priests at Bujumbura cathedral in Hoima town on July 7.

In addition, the diocese’s bishop, Vincent Kirabo, will also ordain 11 seminarians as deacons during the event. The deacons and seminarians who will be ordained hail from various parishes in the diocese that covers Hoima, Masindi, Buliisa, Kibaale, Kakumiro, Kagadi and Kiryandongo districts.

The function is planned to kick off at 8:00am and end at 2:00pm. The Hoima Diocese External Residents Association (HOIDERA) was selected by the (diocese) to lead liturgy during the function.

The HOIDERA president, Taddeo Atuhura, said the association members have been engaged in intense preparations for the event since they were put in charge of liturgy for the upcoming priestly and deaconate ordination ceremony.

He said the association will also produce a souvenir magazine to mark the occasion and urged Christians to turn up in big numbers to be part of the event.

“As HOIDERA, we feel blessed to have been selected to animate at this year’s priestly and deaconate ordination. We are now set and the choir members are putting final touches to the preparations. We invite all people to come and take part in the celebrations,” Atuhura said.

In 2016, 15 deacons were ordained into priesthood while 11 seminarians were (ordained) deacons in the diocese. Kirabo said the new priests will boost the army of the church and asked them to perform their duties in accordance with the church laws and customs. Once they are ordained, the bishop will deploy them to different parishes of the diocese.

More than two thirds of the country’s poor people are small farmers. They are scattered all over the country. They make up approximately 80% of the population. Although efforts have been made to reduce rural poverty, urban areas have experienced a significantly greater reduction in poverty than the countryside. In the past decade, poverty has declined by a rate of 30% in urban areas but of only 10% in rural areas. … END_OF_DOCUMENT_TOKEN_TO_BE_REPLACED